Cain Bio-Engineering was contracted by the Environment Agency to reinstate a failing tidal flood embankment on a wide outside meander of the River Rother. Erosion of the embankment was threatening significant areas of agricultural land and infrastructure in the tidal flood plain.

We designed and installed a contoured brushwood faggot mattress, anchored with hardwood stakes. This technique built upon the historic use of brushwood mattresses discovered during detailed site invesigations.Sediment deposited during each tidal cycle rapidly filled the mattress interstices with re-constituted clay colloid. Anaerobic conditions within the inter-tidal zone suspend decomposition of the internal woody skeleton, assuring long-term integrity of the structure.

” By careful observation of the geomorphologic tidal features, Cain Bio-engineering consultants were able to design a sustainable solution entirely in keeping with natural processes and at a significant cost saving to the public purse” 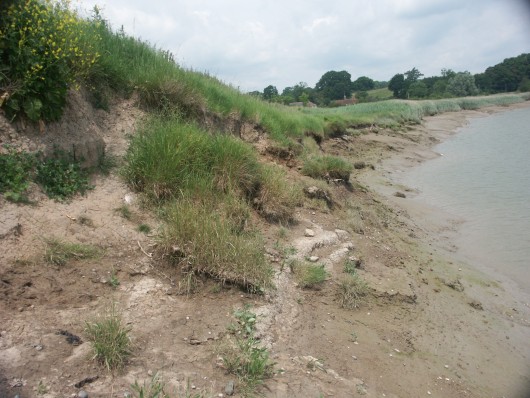 Before Construction (2004): Erosion of the flood bund in the Rother inter-tidal channel, threatening failure of the sea defences. 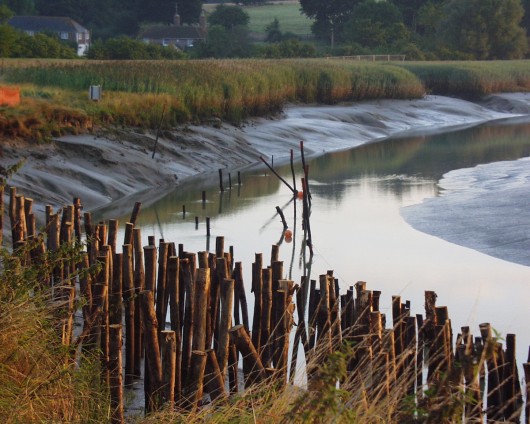 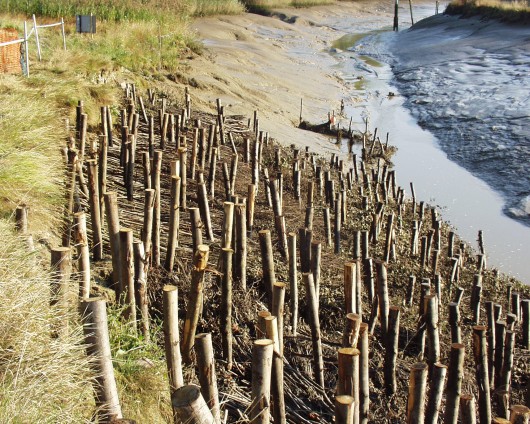 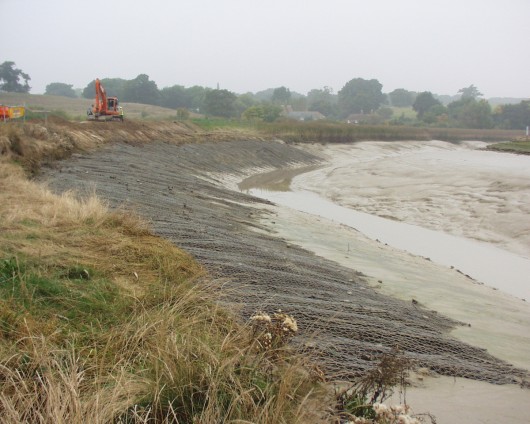 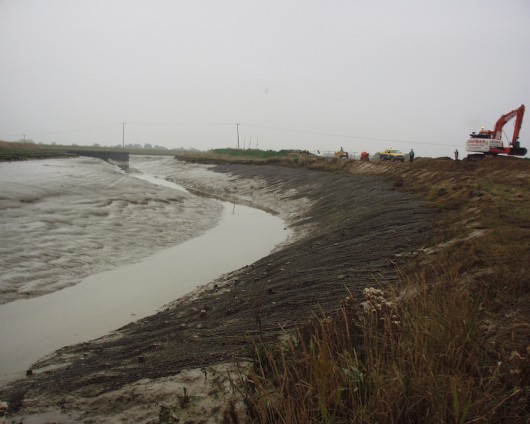 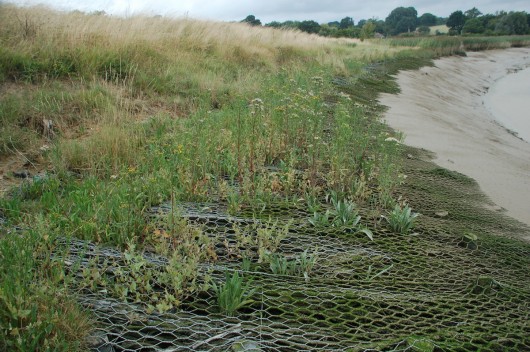