Cain BioEngineering was commissioned to repair a short (30m length) of bank erosion along the Clockhouse Stream (a tributary of the River Avon), which extends through a private garden in Burton, near Christchurch.

An earlier attempt to alleviate bank erosion had been undertaken by another contractor, using imported concrete rubble and bricks placed into the channel. This created an ugly eyesore in the private garden which was also likely to lead to further bank instability.

The repair works undertaken by CBE, therefore, needed to be both robust to stabilise against any further banks erosion and also aesthetically pleasing to fit within the local setting of a small private garden.

CBE removed all the existing rubble placed in the stream by the previous contractor and carried out the repair works utilising the ‘coirnet’ revetment system to reinstate the bank. 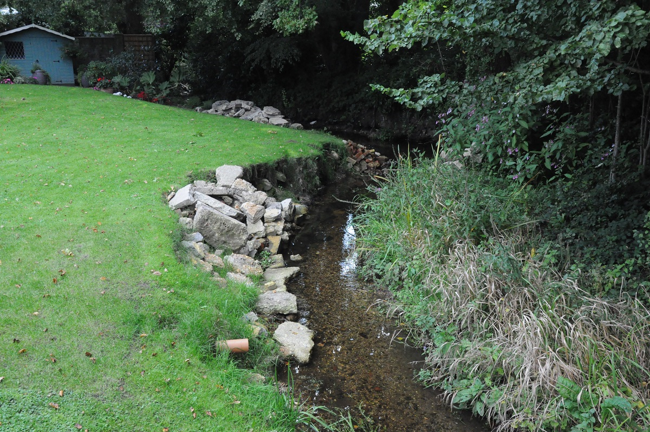 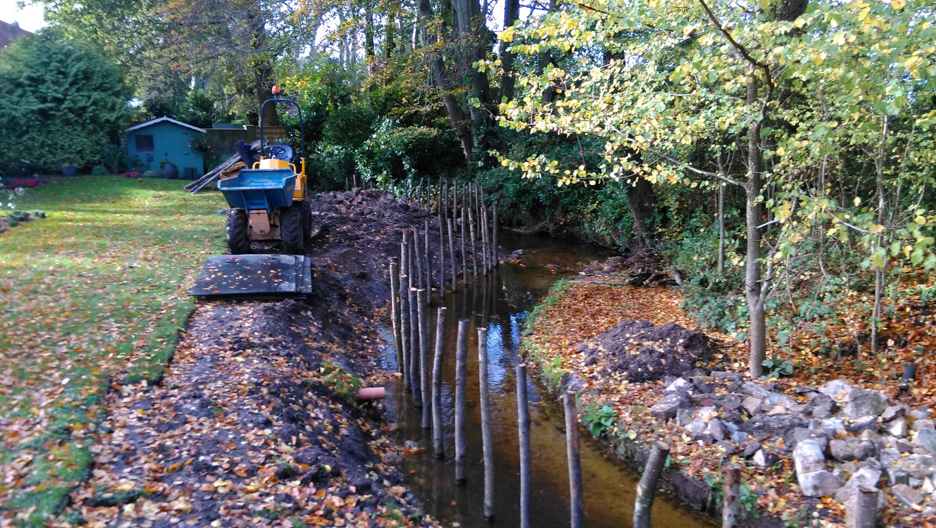 Rubble removed – The original bank line is staked out with hardwood posts.

During the work- Geotextiles are fitted and cavities back-filled with gravel.

The works undertaken reinstated the eroded bank margin as well as providing a long-term aesthetically pleasing solution suitable for the location within a small private garden. 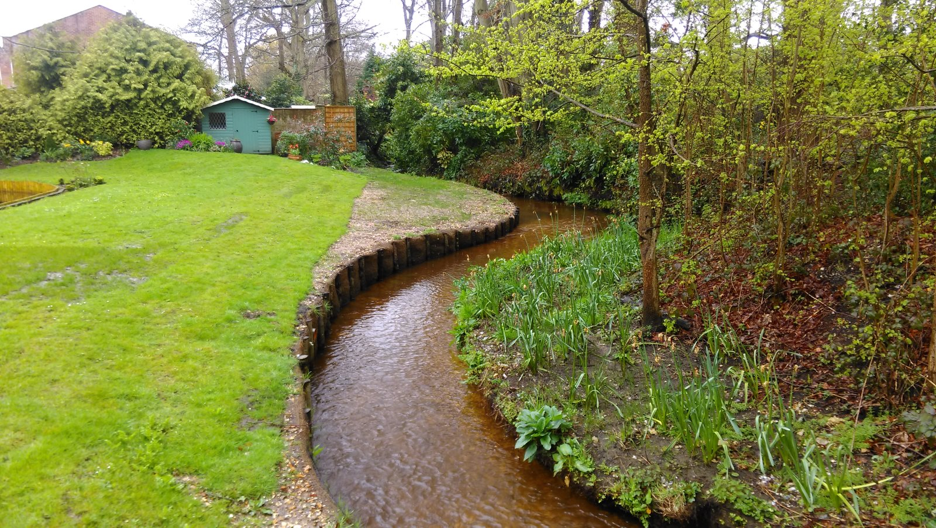